You've Got To Be HUNGRY

THE GREATNESS WITHIN TO WIN


You've Got To Be HUNGRY

THE GREATNESS WITHIN TO WIN


Here's What You'll Learn From This Amazing Book:


YOUR DREAM IS POSSIBLE! When the storms of life are raging, it can seem pretty much impossible to achieve the accomplishments you hope and dream for. Nearly everyone told Les Brown, a poor young boy from the slums of Liberty City in Miami, Florida, who was given up for adoption at six weeks of age along with his twin brother, to give up on his dreams. He was labeled learning disabled in grade school and referred to as "the dumb twin" by his school mates. But Les was unrelenting and unstoppable.

He had a dream to buy his adoptive mother a home and give her the life she deserved and his HUNGER TO DO IT guaranteed his win. He eventually became one of the top speakers in the world and recipient of the prestigious Toastmasters International Golden Gavel Award!

For the past 50 years Les Brown has been the leading transformational voice, revolutionizing millions of lives along the way. But to unlock his greatness, he had to face almost overwhelming odds - poverty, racism, divorce, family tragedies, a terminal cancer diagnosis, opiate addiction and the general setbacks and unfairness of life.

Les Brown will show you how to recognize your hidden greatness and unlock the power that lies within. He will teach you how to overcome everything that is set against you, onward and upward to the victory that rightfully belongs to everyone who refuses to quit.

Whatever you may be facing in your own reality, just know that you have the power to Live Your Dreams.

If Les Brown can make it then it is truly possible for you to create an existence that will make you say, "Wow, I LOVE MY LIFE!" By the time you finish experiencing this transforming journey, you will know for yourself that IT'S NOT OVER UNTIL YOU WIN! 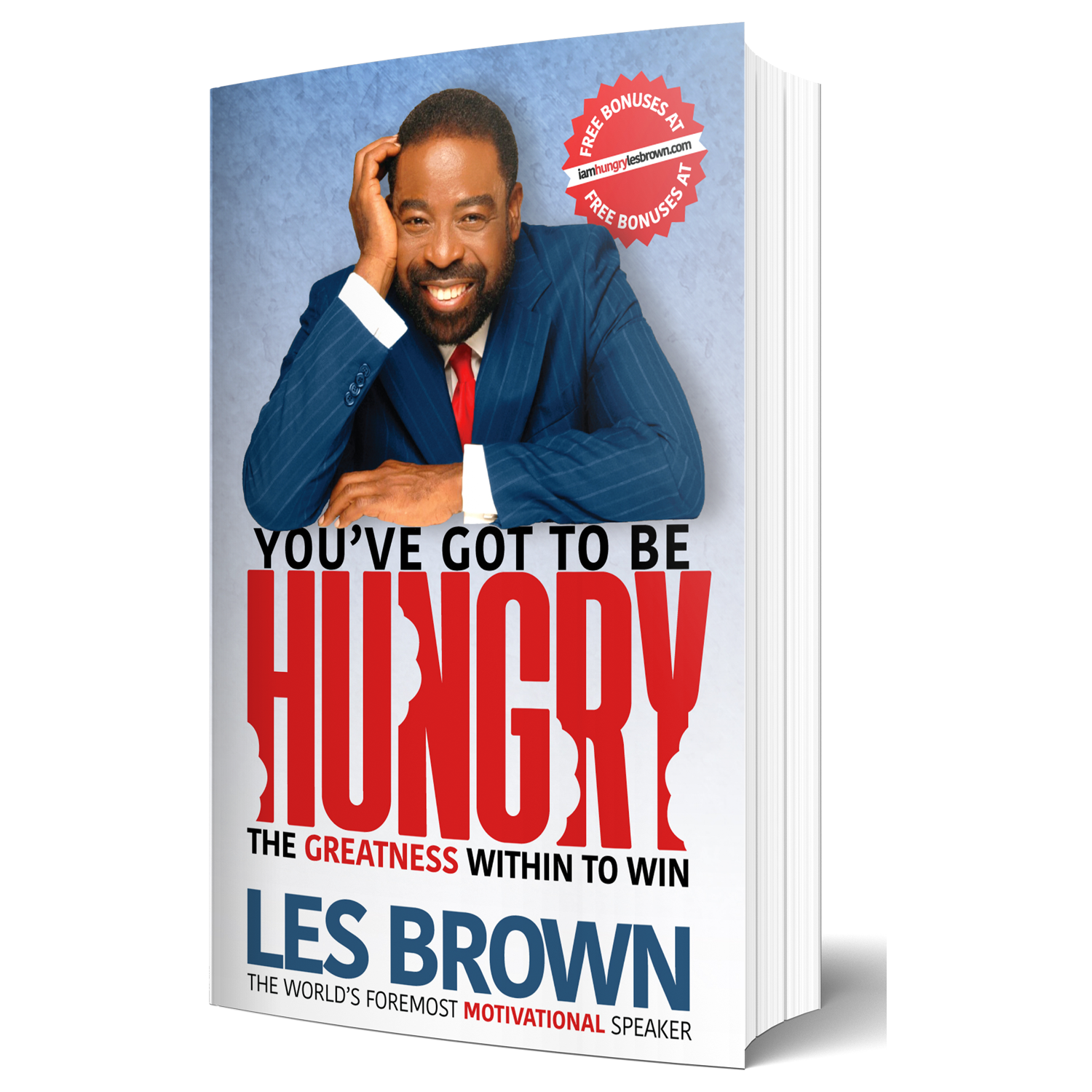 Here's What Other People Are Saying:

"My spirit has been lifted. He has so much passion, such a heart, such a fighter, so inspiring, & so uplifting."

What People Are Saying About "You've Got To Be Hungry" On... 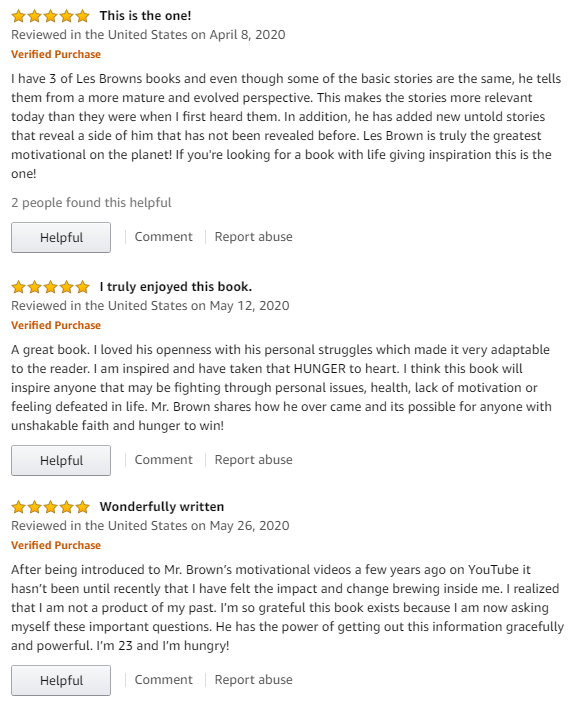 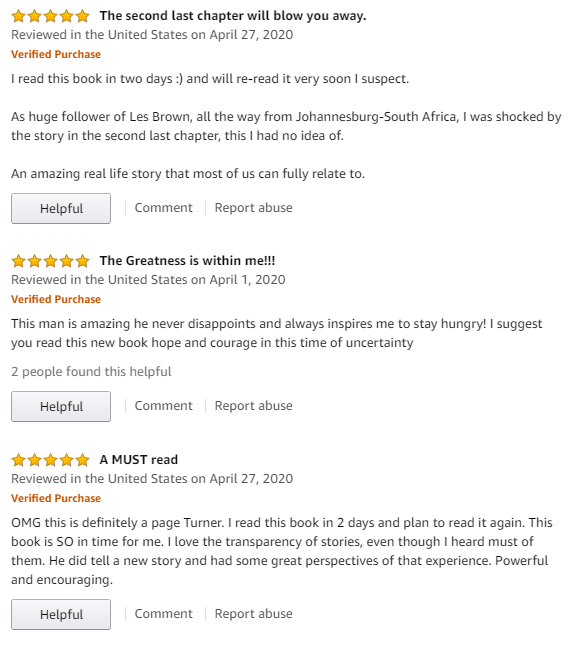 Already Own
You've Got To Be HUNGRY?

Since you have taken the time to invest in yourself and purchase your copy of the book, Les Brown wants to offer you these FREE gifts that you can download directly from our website